In running and life, we experience all kinds of ups and downs. In running especially, I believe that you must embrace the low to feel the high. This weekend we got a LOT of rain. Since I don’t own a treadmill and I do not currently have a gym membership, all the miles I put in must be outside. The idea to do a 30-day running streak came to me last weekend when I was out for my first run back from a week-long rest. I have wanted to become a more consistent runner for a while now, so I thought there would be no better way to kickstart that than to just go all in. I think if I could run at least 1 mile everyday for a month, then I could convince myself that four or five training days throughout the week is possible. I was only a few days into the streak when I broke it. It was on Friday, and I told myself that on Saturday I would attempt round 2, and the perfect punishment would be to run 3 miles in the cold rain. So, Saturday morning, that’s exactly what I did.

As the rain continued to fall, I set out on my 3-mile run. I realized almost immediately that it was going to be a good run, and I was not going to let anything ruin it. So much for punishment! About a half-mile down the trail, I noticed that my shoes were already filling up with freezing cold water, but I could not let it get to me. Another half-mile later, I heard rushing water and caught a glimpse up ahead of a small pool of water forming just next to the trail. As I approached the sound, I was pleasantly surprised to see that a  waterfall had formed on one side of the canyon. At that point, the canyon walls are pretty high, so I would say the waterfall was around 30 feet tall. On the way back from my run, I paused my watch so that I could stand there and be present, listening to the water as it crashed against the rocks and puddled up at the base, feeling the rain drops lightly hitting my cheeks. I was the only one on the trail for as far as I could see. Needless to say, I forgot about my freezing cold feet.

I did not want this run to end. I had the feeling that I could keep running forever. Yes, it was freezing cold, and I was probably one of very few crazy people out on the trail, but all I could think about was that waterfall. If I had not gone for that run, I would have missed out on something so breathtaking! This made me realize how important it is to embrace the lows. It was raining and cold, and I could have stayed inside and skipped my run, but I didn’t! I embraced the elements to see where it would take me. 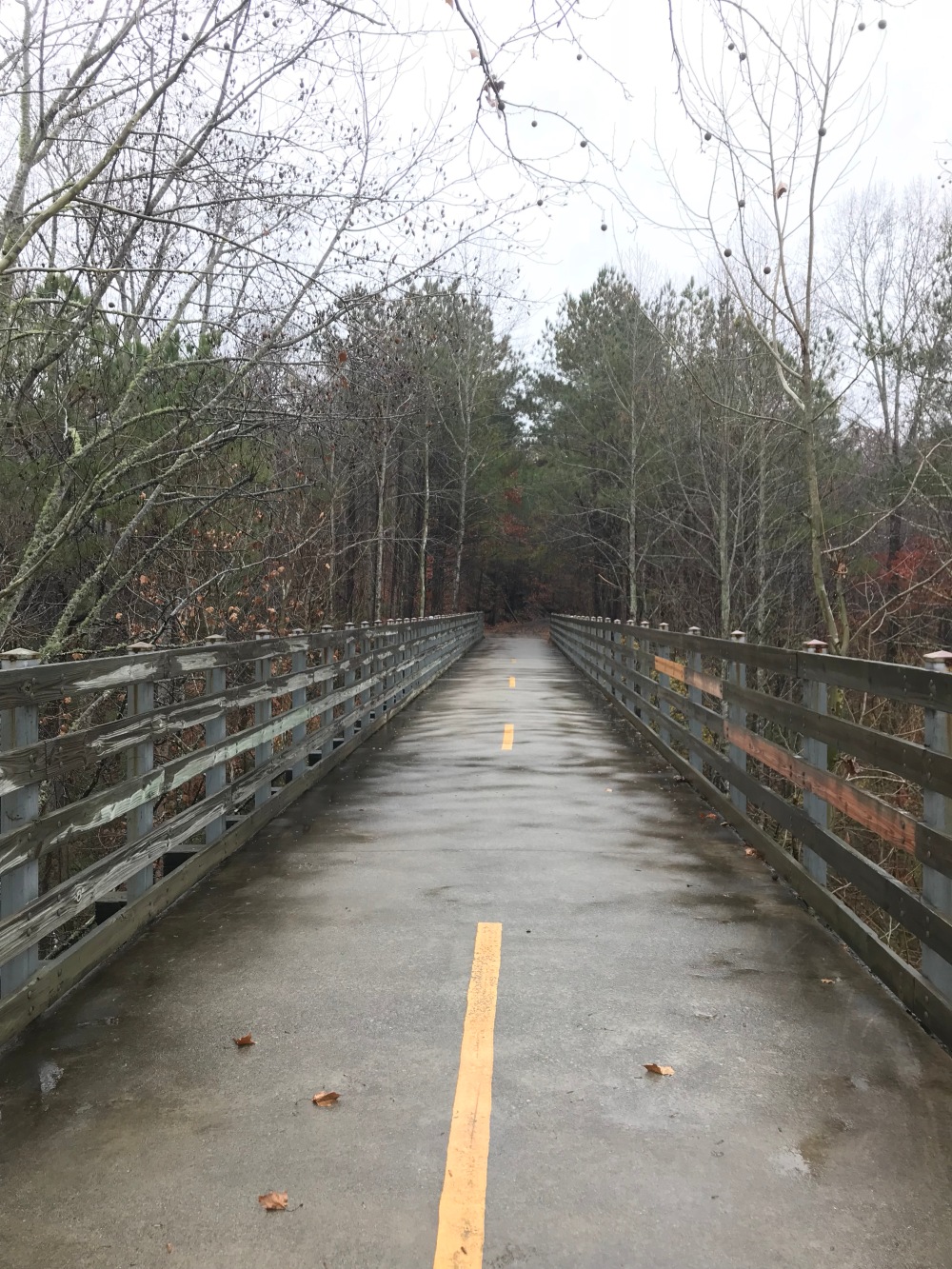